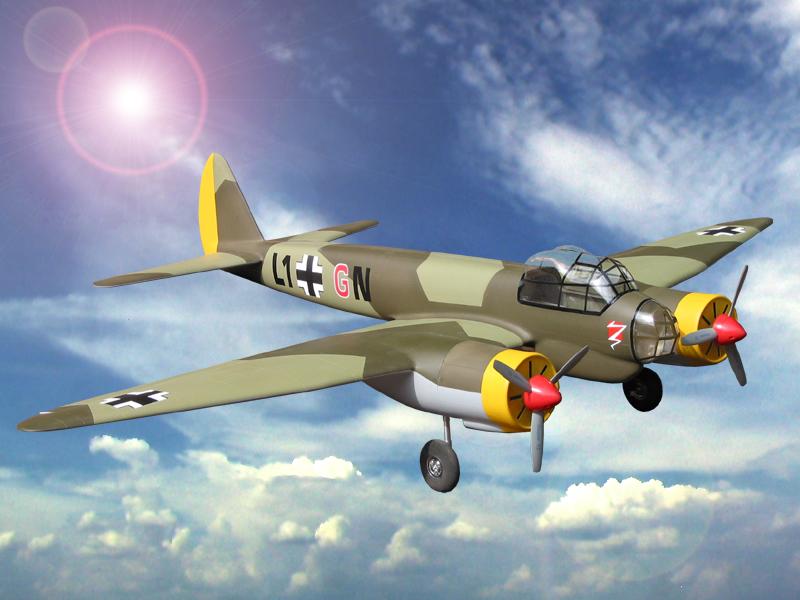 The combat plane JU 88, so called "quick bomber", was designed and manufactured by JUNKERS company during the Second World War for German Luftwaffe. The first prototype of JU 88V-1 took off on December 21st, 1936. During the civil war in Spain the third prototype JU 88V-3 was used. The first serial-produced plane JU 88A-0 took off in March 1939. The plane was put in action for the first time in mass amounts during the "Battle of England" in August 1940. Our firm manufactured semi-scale copy of JU 88, scaled 1:10. The model is all-laminated, and two engines with capacity 6,5 ccm, or two engines with capacity 10 ccm can be used.